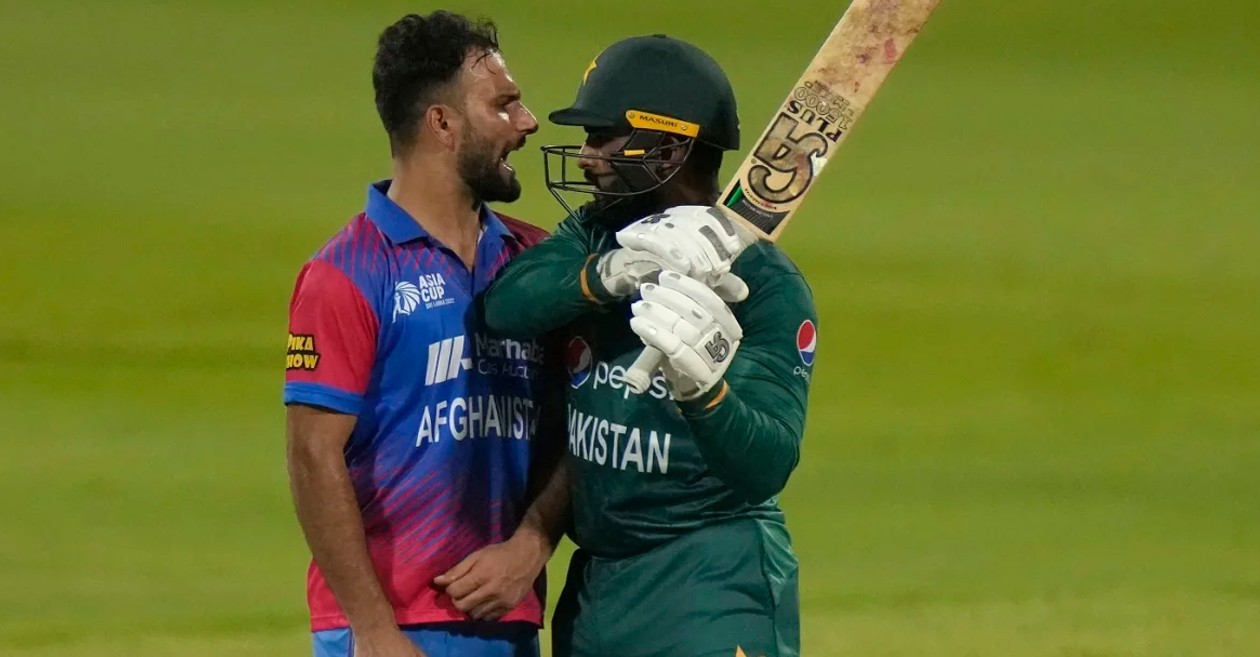 Pakistan batter Asif Ali and Afghanistan bowler Fareed Ahmad have been punished for breaching Level 1 of the ICC Code of Conduct during the Super 4 clash between the two neighbouring nations at Asia Cup on Wednesday, September 7.

The whole incident occurred in the 19th over of the Pakistan chase when Fareed got rid of Asif to leave Afghanistan one wicket away from victory. After the dismissal, Fareed celebrated in close proximity to the dismissed Asif, who then reacted by raising his bat, threatening to hit the bowler and shoving him with his elbow before other players and umpires intervened and brought the situation under control.

Now both players have been fined 25% of their match fees for a Level 1 breach of the ICC Code of Conduct. While Asif was found guilty of breaching Article 2.6, which relates to using a gesture that is obscene, offensive or insulting, Fareed was charged with Article 2.1.12, which defines inappropriate physical contact with a Player or any other person. Both players admitted their offence and accepted the sanctions proposed by match referee Andy Pycroft.

“Asif breached Article 2.6 of the ICC Code of Conduct for Players and Player Support Personnel, which relates to “using a gesture that is obscene, offensive or insulting during an International Match”, while Fareed was found to have breached Article 2.1.12, which relates to “inappropriate physical contact with a Player, Player Support Personnel, Umpire, Match Referee or any other person (including a spectator) during an International Match,” the ICC said in a statement.